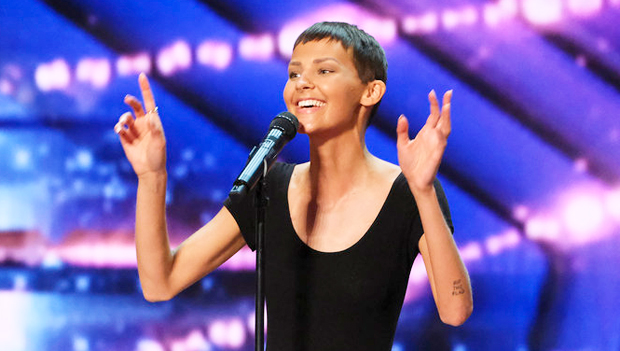 The ‘AGT’ auditions continued on June 8 with another round of epic performances. The final performance of the night moved Simon Cowell so much he proudly gave his Golden Buzzer away.

Simon Cowell is definitely the toughest critic on America’s Got Talent, and when he’s blown away you know it’s a great act. The final performance of the night comes from a singer named Nightbirde. She sings a beautiful original song called “It’s OK.” The song tells the story of the last year of her life and her battle with cancer. Nightbirde has been given a 2 percent chance of survival, but she’s staying positive.

Her voice is truly remarkable. At the end of the performance, Simon utters, “Wow.” Howie Mandel raves that Nightbirde’s performance was the “most authentic thing I’ve heard this season.” Simon says her voice is “absolutely stunning.” Simon is so blown away that he decides to give his Golden Buzzer to her. Nightbirde is going straight to the live shows! 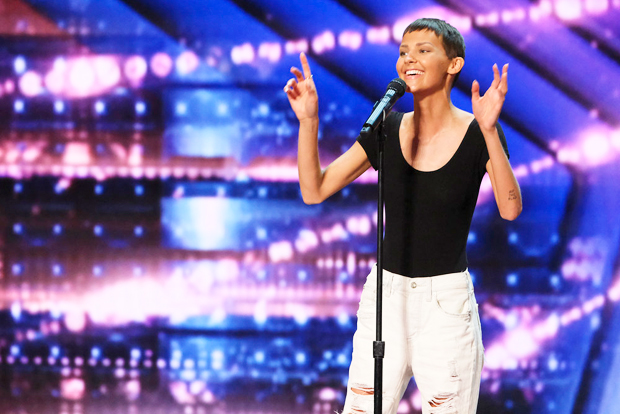 Nightbirde during her ‘AGT’ audition. (NBC)

Throughout the second round of auditions, there’s a number of notable acts to keep your eye on. The Beyond Belief Dance Company from Texas is a group of young girls who bring fun and fierceness to the AGT stage. Simon says they’re “absolutely sensational.” Howie points out one girl as a “superstar” and she starts crying!

The boy band Korean Soul arrived from South Korea just 10 days ago. They wow the judges with their performance of “You’re the First, the Last, My Everything” by Barry White. The group has such great harmony. The crowd erupts when the performance is over. Heidi Klum calls the performance “super silky smooth,” and Simon adds it was “probably one of the best auditions we’ve had today.”

An escape artist Matt Johnson keeps the AGT judges on their toes. After a close call, this is the first time Matt has tried this act in a long time. He was previously working on an escape and hung himself and drowned himself at the same time. He’s ready to face his fears on the AGT stage. 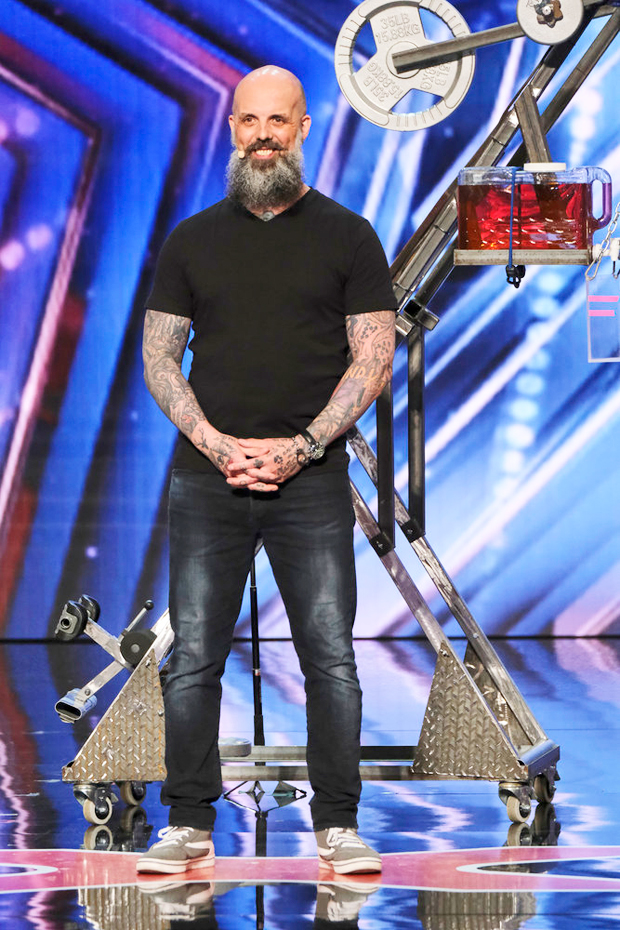 He puts on a straitjacket and is locked by his ankles and flipped upside down on a wooden board. He has to escape before he’s cut in half! Matt barely makes it, and the judges are freaking out by the end. Sofia Vergara calls Matt “insane” and admits her “stomach still hurts” because she was so nervous.

Magician Patrick Kun keeps the judges and the audience very intrigued with his jaw-dropping card trick. A stunned Sofia calls Patrick’s act “mind-blowing.” They praised his skills and presentation. 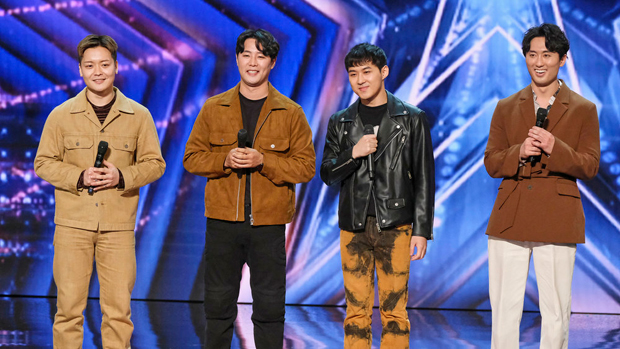 The judges are expecting something very different from Johnny Showcase, but he actually surprises them with his musical performance. Simon admits that he thought Johnny was “so annoying and then the act started and it was brilliant.” He adds that Johnny’s act has been “one of the my favorite acts this year.”

The Curtis Family C-Notes perform an incredible rendition of “I Was Made to Love Her” by Stevie Wonder. Simon even gives them a standing ovation! Howie calls them all superstars, and all the judges happily send them to the next round.