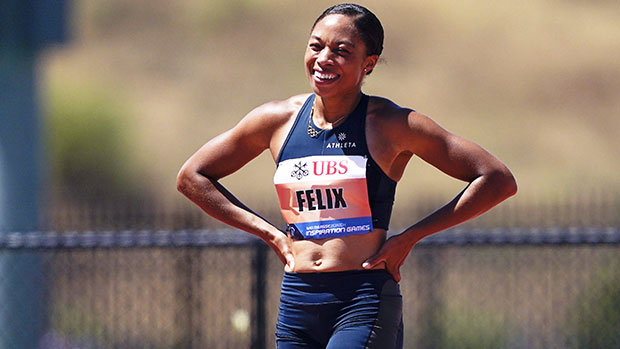 Allyson Felix shared if she would compete on ‘Dancing with the Stars’ after her final stint in the Olympics this summer in an EXCLUSIVE interview with HollywoodLife.

Allyson Felix isn’t opposed to trading in her running shoes for dancing shoes after she wraps up her Olympic career. The 35-year-old track and field sprinter is currently gearing up for the 2020 Summer Olympics, which Allyson claims will be her final Olympic appearance. So with a fairly free schedule in her near future, Allyson may receive an offer to appear on Dancing with the Stars  — and odds are that Allyson would accept that offer. “I would be open to fun opportunities, I would think,” Allyson EXCLUSIVELY told HollywoodLife of possibly appearing on the ABC dance competition series. (NOTE: this interview was conducted before the drug-related suspension of Allyson’s teammate, Sha’Carri Richardson.)

Allyson would not be the first Olympian to appear on DWTS. In fact, former Olympic competitors Apolo Anton Ohno, Kristi Yamaguchi, Shawn Johnson, Meryl Davis, Laurie Hernandez and Adam Rippon all took home the Mirrorball Trophy on their respective seasons. Allyson, who would certainly be a force to be reckoned with on DWTS, admitted that the idea of expanding her horizons in her career does intrigue her. “It is cool to get out of your comfort zone and do something new,” she told HollywoodLife, adding with laugh, “I don’t know but I would be up to different things as they say…” 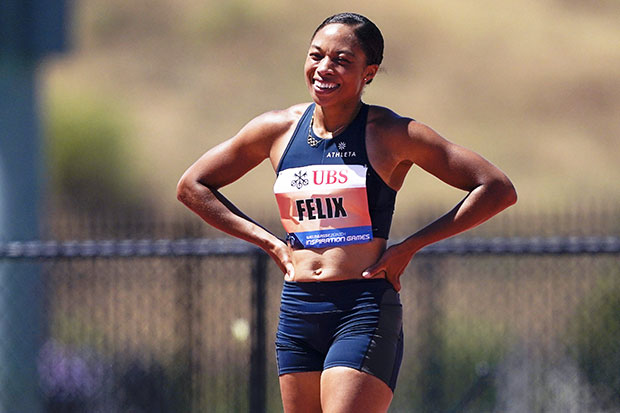 As a six-time Olympic gold medalist, Allyson said it was “very challenging” and “very hard” to decide to retire after this summer. “It is the life that you have known and a lifestyle,” she shared. “For my case I have been doing this since I was a teenager and I think the real question is, ‘Do you still have the passion and the love for it?’ Does it actually still drive you every single day that you wake up? And for me that is the case and that is why I have been doing it for so long. Being capable to do it, and get to wake up to do what I absolutely love. But as things change it will be exciting to see what the next chapter will be.” 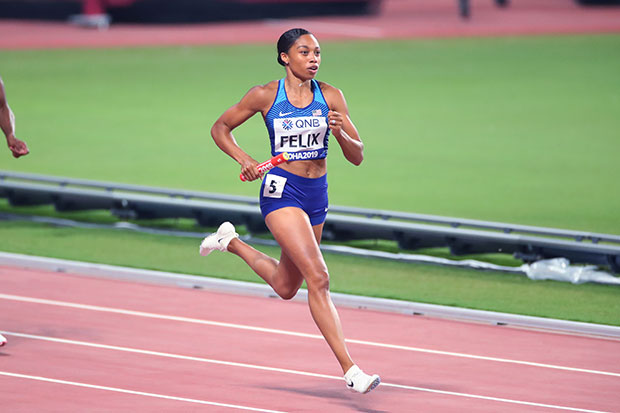 With her final Olympic stint just weeks away, Allyson has been training intensely along with her fellow teammates. But Allyson’s training is disrupted at times by her other job: being a mom to 2-year-old daughter Camryn, whom she shares with husband (and fellow sprinter) Kenneth Ferguson. “There are days on the track where I am killing it and then I get home and it is chaos,” Allyson told HL. She added with a laugh, “I am like, ‘I am not killing it here!’ Just be okay with that and be okay with the fact that I am asking for help.”

“It really is a team effort, and it is not perfect,” Allyson said of life as an Olympic athlete and mom, “but we are going to get out of it together and to say that it will be so amazing is because it shows so many things in perspective. Like you might have a bad training day and then you get home and there is this little person who absolutely doesn’t care, still needs to take a bath, still needs to be fed. So it is a cool dynamic.”